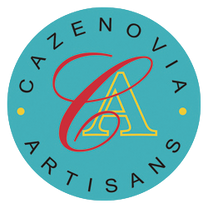 The art of painting on porcelain is ancient, over two thousand years old! My goal is to bring this medium into a more prominent position in the present day fine art world, and continue to push the boundaries of the techniques and materials. This is an extremely versatile and permanent art medium, one that deserves to be continued with individual styles and tastes. The amazing versatility of the surface is extraordinary and I love to teach people to use their creative energies to create one of a kind art on pieces that are not only fine art for hanging, but also utilitarian items. There is no limit to the works that can be achieved!

Mary Gosden has been creating art and music her entire life. In 1986 she earned a

Following college, she worked at jobs that included graphic arts. Since the age of 14, she

has been commissioned for art work in various media, from murals to pen and ink. Upon

moving to Long Island, and learning the basics from an experienced porcelain painter in

Elmont, NY, Ms. Gosden began to sell her porcelain work as well as teach the technique

to beginners. She has also been featured on two award-winning cable tv programs in

which she demonstrated painting. Currently she teaches 3 and 4 day seminars worldwide.

Ms. Gosden has received many awards, including the Coup de Coeur, Stephen Hays

awards in porcelain art. In other art media: the Grumbacher Gold Medal, many monetary

Long Island Council of the Arts at Freeport.

On porcelain, and with a love for architecture and Art Deco style, Mary has developed

sandblasting) that make her work unique and distinctive worldwide. She gives several

demonstrations each year to art leagues, civic groups and at International Porcelain

Artists and Teachers, Inc. and World Organization of China Painting conventions, as well

as Shows and seminars in Europe and Canada. She does commissioned work and donates

pieces to charity auction events. Her articles and photos of porcelain art are published in

7 international magazines. Mary’s work can be found in private collections in numerous

countries and in the IPAT Museum in Texas and the WOCP Museum in Oklahoma City.